Will our government issue a digital currency?

Are we only 2 years away from a government issuing a digital currency?

Blockchain.com CEO and founder Peter Smith has recently stated that within 24 months we will see the emergence of a government-backed digital currency.

Smith made this prediction last week during the episode of This Week in Startup, where he also noted that he was in discussion with Bank of England governor Mark Carny on the implications and requirements for the UK to be amongst the first to issue a sovereign digital currency at the World Economic Forum.

Whilst Malta is unlikely to be among the first to take on such a bold initiative and issue its own sovereign digital currency, the island plans on leading the way when it comes to blockchain technology. Such promise is constantly being underlined by Prime Minister Joseph Muscat, who has gone as far as to pledge the investment in the disruptive technology in the next five years. In a recent interview Muscat’s intentions were clear 'We must be on the frontline in embracing blockchain and Bitcoin...we must be the ones that others copy'.

Malta’s government is currently developing a broad national strategy that will see the government embrace bitcoin and blockchain innovation to promote and adopt the technology. Particular areas that the government is interested in applying blockchain to include the lands registry and the national health registries – along with general application throughout its financial services industry. 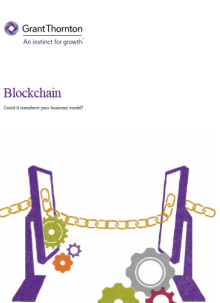