The evolution of money laundering from ancient China to the internet

An extract derived from ‘The Historical Journey of Money Laundering, Preceding and Following Meyer Lansky, to Today’s Transaction Laundering’ written by Shania Micallef.

“Money laundering is not only and enforcement problem; it poses serious national and international security threat” (McDowell and Novis, 2001).

In recent years, money laundering (hereinafter referred to as ‘ML’) has gained notoriety due to major cases such as the Panama papers. This notwithstanding, ML existed for much longer than this but due to this crime being static, information remains dispersed and vague. The purpose of this article is to explore the development of ML over the years and how it impacted the knowledge about the subject today.

ML is viewed as a process whereby offenders attempt to obfuscate the true nature of the obtained assets from illegitimate activities and to ultimately, make such assets appear legitimate. In simple terms, the ML process incorporates three principal phases which are the placement stage, layering stage and integration stage. Diverse techniques were used over the years to facilitate each of these stages and most of them can still be used by money launderers. As a result, it is deemed important for authorities and corporations alike to garner understanding of such techniques to be able to adequately mitigate the ML risk. To aid in this quest, this study carried out a historical analysis to identify how these techniques were adapted and enhanced by money launderers to ensure anonymity and thus, forestall law enforcement.

Four main periods are crucial to understand how ML changed and these are ancient China, the prohibition era, late 20th century and the new technological era.

The first method of ML dates to approximately two-thousand years ago in ancient China. This was documented in a publication titled ‘Lord of the Rim’ which provides insights as to how Chinese merchants developed illicit underground systems, with the aim to avoid taxation. This was known as the Hawala system or a transfer system that was adopted during a period where merchants saw an influx in tea trade. During the sale of produce, a provincial certificate was issued to a Hawala trader overseas instead of a taxation document to the actual seller.  As the value does not pass through any regular channels, the money which is generated are not provisioned to undergo taxation fees. Furthermore, the system proved to be effective due to the quick transfers and minimal money trail record. As only a provisional document is transferred, funds which were generated in China, stayed in the country, earning the name of ‘flying money’. This was considered to be the baseline of the historical journey, making use of the placement and layering stages in the early days of ML.

Money laundering in the prohibition era

Placement and layering stages continued to evolve between the 1920’s and 1930’s, during the prohibition era whereby financial crime, together with other offences were at a peak. One of the fundamental typologies of ML which was indigenous during this period was known by the umbrella term of structuring. This system requires the illicit assets to be liquidated in the bank by the use of a number of parties who deposit $100,000 in periodical increments. ‘Smurfing’, forming part of the aforementioned umbrella term, is indigenous to Colombia, where women with blue hair, part of a hierarchal system, deposit funds in different financial institutions. Through this scheme, the detection and suspicion are minimised. Additionally, offshore banking was utilised due to the minimal governmental regulation and oversight. Hence, launderers who have an influx in wealth deriving from illicit means made us of these havens. A shift in ML methods occurred during this era, following the incarceration of Al Capone.

Legislation that properly labelled financial operations were not in place till the late 20th century. Meyer Lansky, considered to be a genial fraudster, elevated the integration phase, to ensure that the funds can be holistically concealed. Consequently, a loan back scheme was introduced, collaborating the whole cycle for the predominant purpose of financial gain. The activity is embarked with the process of structuring using an international financial institution. Adopted from previous methodologies, a loan is fabricated to be seen as legal. This is reimbursed through third parties, using the funds previously deposited overseas. Hence, the illegal funds are once again incorporated back into the economy as legal. Additionally, this is only accomplished in jurisdictions without the ‘Bank of Secrecy’ act.

Money laundering in the 21st century

Upon the start of the 21st century, ML started to take a different approach as the world started witnessing the introduction of technology and the internet and therefore, a new facilitator for ML became available. The term transaction laundering has become the new face of merchant base fraud. This took a peek with the use of alternative payment methods, aiding in concealment and anonymity. Traditional typologies were shifted and conjoined with modern ones, with instances such as prepaid gift card smurfing, where a sum of laundered money is divided and parcelled into various cards. As these are deemed to be of low-value, transaction monitoring is not triggered. The rise of E-Business brought about a rise in concealment of funds, through the use of electronic currencies, containing abundance of data information. Subsequently, emerging trends are adopting traditional techniques whilst amalgamating them with technological elements.

In conclusion, as the economy and technology evolve, ML will continue changing and therefore, needs to be assessed accordingly to address long term impacts on a global level. This understanding of ML typologies can also be used as a tool by various corporations to reduce the risk of misuse for ML purposes. 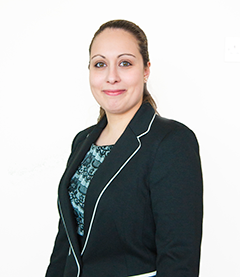