The housing market has had an exceptional few years. In fact, the price increases have been so substantial that a property purchased in 2013 at €130,000 would cost €260,000 in 2022. This means that the housing prices have essentially doubled in a mere nine years.

Although this recent surge in selling prices may seem out of the ordinary, this is not an isolated event in recent history. Malta’s house prices have been on a near constant upward trajectory since the late 1980s.

Central Bank of Malta data shows that prices increased drastically in the early to late 2000s. In fact, an increase in prices of 72 per cent was registered between 2000 and 2005. This increase may have been caused by a number of factors. Factors such as optimism about Malta’s EU accession in 2004 and Maltese investors moving money held abroad into the Maltese property market.

The rapid climb in house prices that started after 2013 was driven by different factors to that experienced in the 2000s. Firstly, an exceptional increase in demand for housing occurred as the foreign-born population increased dramatically, eventually reaching 120,000 in number. This amounted to almost one fourth of the total population, most of whom live in rented accommodation.

Additionally, this period represented a catalyst to the tourism industry, with many housing units being used as tourist accommodation. This put upward pressure on the housing market which was compounded by the Individual Investor Programme (IIP).

The upward pressure on prices resulting from these factors are compounded by the slow-growing supply. The provision of new housing units is a major contributor to the overall housing supply. The supply, is always slower to react than the demand due to the wait between investment decisions, planning permission and construction.

Consequently, the amount of new supplied units lagged significantly behind that demanded, which caused a substantial increase in price. In fact, property prices had almost doubled from the first half of 2013 to the first half of 2019, a compound annual growth rate of 10 per cent.

This growth in prices was initially interrupted by the onset of political instability in the second half of 2019. This was aggravated by the onset of the COVID-19 pandemic and restrictions that came with it. These restrictions caused a substantial decrease in tourists in 2020 and 2021, impacting the demand for housing units. This coincided with a large increase in the supply of housing units from projects initiated in the years leading up to 2020. These factors contributed to a slight decrease in the selling price in the second half of 2019. However, house prices returned to growth in 2020 and 2021, although prices grew at 7.7 per cent and 8.2 per cent respectively - a slower rate than previously recorded. In the first half of 2022, selling prices were relatively unchanged from those recorded in the previous year.

The growth in 2021 and slowdown in 2022 could be partly attributed to the stamp duty exemption that was given in 2021. This exemption could have incentivised people to bring forward their property purchases to 2021. This may have mellowed the demand for housing units in 2022.

In Malta, the housing market is lively and active. Changing trends in the overall economy leave an impact on the demand, supply and prices of housing. Whilst it might be hard to predict what it will look like in the near future, one thing might be certain... that the activity and interest in this highly influential market will not diminish.

The 'Malta property landscape: a true picture' is a biannual publication bringing together Dhalia’s high-quality data on the real estate market and the analytical expertise of Grant Thornton Malta. The report provides in-depth analysis and timely information on developments in the Maltese property market to allow policymakers, businesses and people investing in property to make informed choices.

Speak to our experts 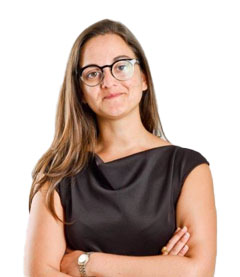