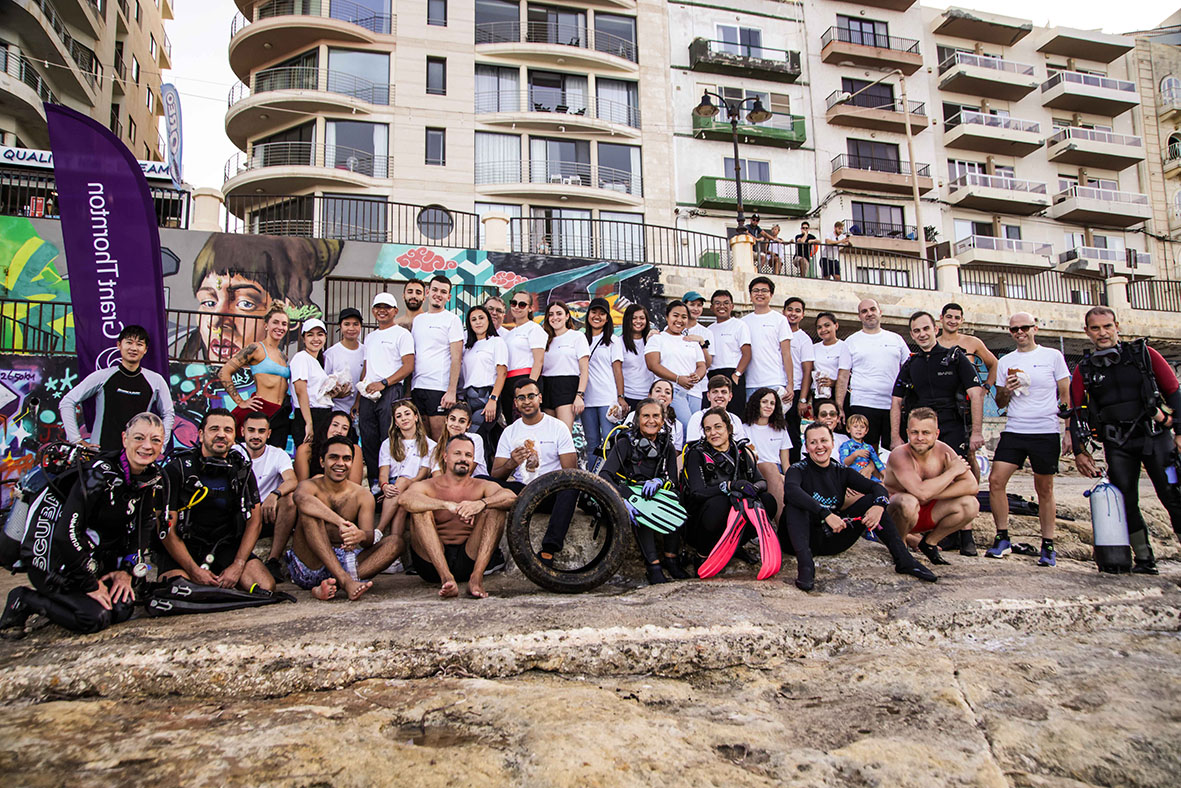 Grant Thornton and scuba diving school Diveshack Malta have teamed up to carry out a beach clean-up in Qui Si Sana. A thirty-nine-strong team composed of thirteen different nationalities swept the beach and the seabed, recovering a staggering 515kgs of debris.

While the land party was busy picking up cans, bottles and cigarette butts from the beach, divers and snorkelers removed from the seabed car tyres and metal railings. At the end of the activity, the teams had collected 80kgs of paper, plastic and aluminium cans; 90kgs of cigarette butts, wires, artificial turf, clothes and towels; 45kgs of rubber tyres; 60kgs of boardwalks and wooden steps from ladders; and 240kgs of metal railings and parts of ladders. Cigarette butts, cans, bottles and plastic cutlery are the items most commonly found on Maltese beaches. 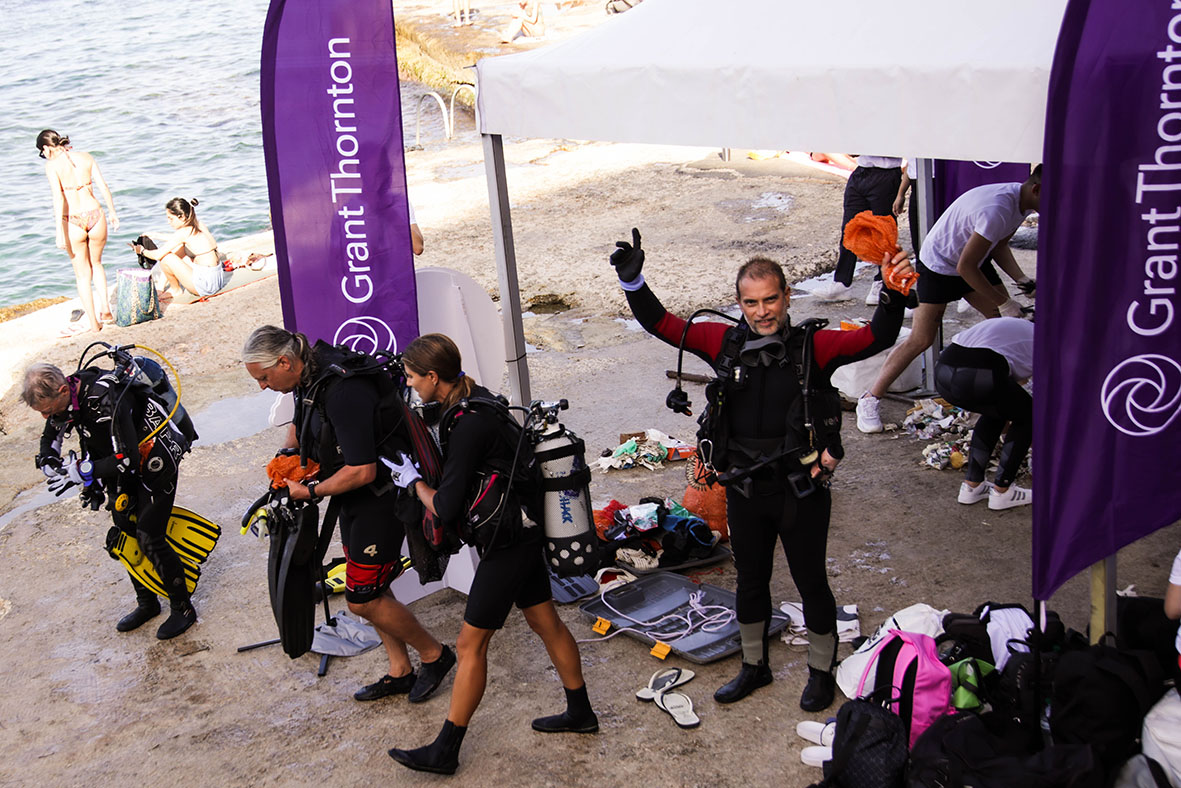 The activity was organised on World Cleanup Day, attracting the attention of both bathers and social media users, to the extent that several members of the public have already contacted both organisations volunteering to join in for the next clean-up. 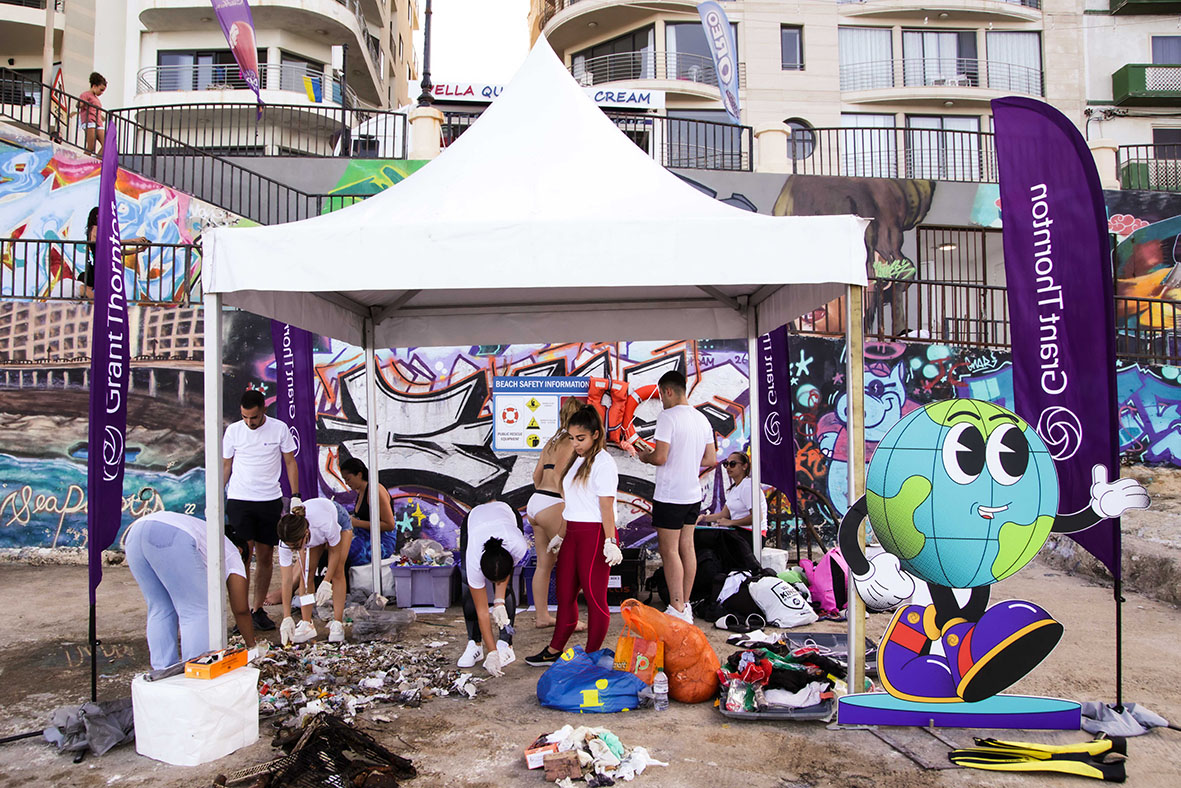