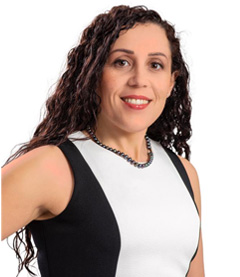 Oriana is a Partner at Grant Thornton engaged in the Transaction Advisory Services, a department specialising in corporate finance. She holds an honours degree in Accountancy from the University of Malta and is also ACCA qualified. In 2013, Oriana graduated from the University of Wales with distinction obtaining a Master in Finance, specialising in Mergers and Acquisitions.

Oriana specialises in the capital markets division, whereby she assists clients with the raising of debt and equity finance through the local capital market. She has taken a leading role in admitting clients to Prospects MTF, a multi-trading facility of the Malta Stock Exchange, whereby Oriana has raised a total of €36 million for eight clients over the past three years as well as the Institutional Financial Securities Market (IFSM), whereby she has raised a total of €10 million. Oriana has also continued to act as the official Corporate Advisor for such entities admitted on Prospects MTF and IFSM for a number of years following their admission.

Oriana also heads local and cross-border vendor and buy-side due diligence assignments for clients operating in various sectors. Oriana has also accumulated a wealth of experience assisting both local and international clients operating across various industries through the delivery of valuations, business plans, restructuring, projections and pension provision.

Oriana also serves as a member of the ESEF Working Group within the Malta Institute of Accountants (MIA), in addition to sitting on the Professional Accountants in Business Committee.