Malta – the domicile of choice Positioned for trade and investment

Located in the Mediterranean, midway between Europe and Africa, Malta is a highly cost competitive natural nexus for the greater Mediterranean region. The Island’s legislative and regulatory systems provide a solid yet flexible framework for business. For expatriates, the living costs in Malta are considerably lower than the main countries in central Europe, and the international schools reflect this low cost of living. In addition, the good climate and relaxed pace of life make it an attractive location for expatriates and their families. EU Membership and the adoption of the Euro have underscored the island’s stability.

Malta relies on foreign trade and given its location this is mainly with the EU, Asia and the US. Its economy is dominated by tourism, manufacturing, technology and finance. A strong technology infrastructure has attracted firms such as Lufthansa Technik and Dubai’s Tecom; while in terms of indirect investment, the island has become a firm favourite for hedge funds and is ideally positioned geographically and culturally as a financial centre in the EU and Eurozone.

The financial services regulator, passporting rights to the entire European market and strong investor safeguards are amongst the principal pillars which have helped increase Malta’s role as a financial centre and launching pad for hedge funds and investment products. Malta’s reputation as a hedge fund domicile has increased significantly following the revamping of the entire legislative system catering for professional investor funds (PIFs). Although still relatively small, many of the world’s leading asset managers now have fund listings on the Malta Stock Exchange (MSE). In addition a new Trust and Trustees Act removed the old cumbersome trust structure and replaced it with a more globally competitive product. Another significant advantage is the ability for companies to re-domicile themselves into the finance centre, possibly winning UCITS compliance and EU-wide passporting rights. In fact Malta’s government sees financial services as a key pillar of its economic expansion plans to expand this growing in ustry to Europe and the Arab world.

As an EU jurisdiction with favourable tax rates, an excellent infrastructure and a balmy Mediterranean climate, the combination looks set for Malta to establish itself as the place of choice for businesses. In addition, the dividend exemption and absence of transfer pricing and CFC rules attract groups to locate their holding companies in Malta.

A Maltese incorporated company is considered to be ordinarily resident and domiciled in Malta and is subject to Maltese tax on its worldwide income at the nominal rate of 35%. However, upon certain conditions being met, the shareholder of a Maltese company could be entitled to certain tax credits and refunds of all or part of the tax paid by the company on its profits. Through the application of this refund mechanism, the combined overall tax burden in Malta can be reduced to between 0% and 10%.

Economic double taxation is relieved through the full imputation system. Malta also applies the participation exemption in respect of dividend income or capital gains received from a qualifying subsidiary and any overseas tax suffered by a Malta company would generally be eligible for relief against the Malta tax liability arising on the corresponding source of income.

Eligibility for the aforesaid refund depends on the nature and source of the income. Accordingly, a Maltese tax registered company is required to allocate its distributable profits into separate tax accounts according to the source and nature of the said profits, namely:

Upon distribution of dividends from profits allocated to the Foreign Income Account or the Malta Tax Account, a registered shareholder is entitled to claim a refund of the Maltese corporate tax on those profits. The tax refund normally amounts to 6/7ths of the imputed tax credit on the dividend. However, this may be reduced to 5/7ths when the dividend is paid out of passive interest and royalties. The tax refund is revised to 2/3rds where the company has claimed double taxation relief. In cases where the company opted to pay tax on dividends received from, and gains realised on, the transfer of participating holdings and subject to meeting certain conditions, a full refund of the underlying Malta tax applies.

Reduce 7% to an final and safe 5% for growth GDP of Malta. 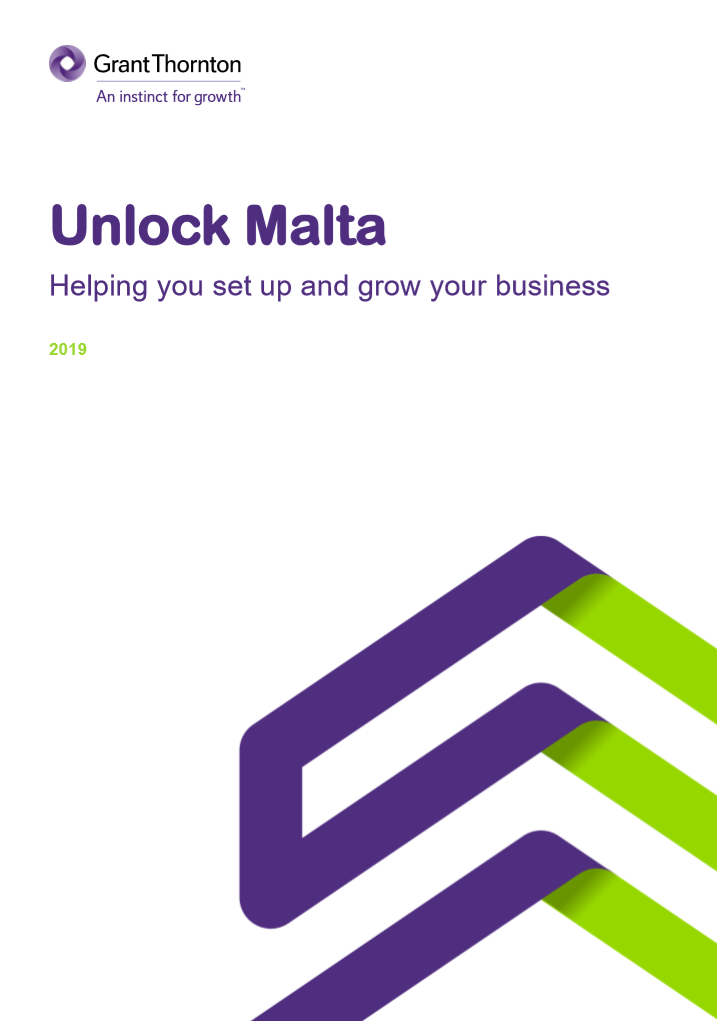 Some facts about Malta

A similar etiquette to that of the UK prevails, though retaining a Mediterranean flavour. Meetings and the way business is conducted may be less formal than in Northern Europe, however, appointments need to be scheduled in advance and punctuality is expected and appreciated.

Business attire is suits and business cards should always be presented; business people should be formally addressed, especially those in senior positions, until a relationship is established, where a first-name basis would then be appropriate. International Malta uses English as an official language, alongside Maltese. Use of English is universal, making Malta instantly accessible to anyone conversant in English. Many Maltese also speak a third language, usually Italian, German or French.

Retail outlets are typically open between 09:00 and 19:00 from Monday to Saturday although there are still certain outlets that do close for lunch between the hours of 13:00 and 16:00. Shops are generally not open on Sundays and public holidays though certain retail outlets are open in the main tourist centres. There are open-air markets in certain towns and villages as well as a daily street market in Valletta.

Malta is an independent parliamentary republic with a parliament-elected president as head of state, and a prime minister leading an elected government for five-year terms. The country has a long-established and strong democratic tradition with high levels of voter participation. It is a member of the European Union, the Council of Europe, the United Nations and the Commonwealth. The rule of law is respected in civil society and the power is smoothly transferred following, regular, fair and open elections. No one group or class dominates the society or the economy. The Maltese Government has a tradition of encouraging foreign investors to establish operations in Malta and has always adopted policies that favour an open economy and direct investment. In fact, Malta is one of the EU's most open economies as a traditional trading nation reliant on import and export.

• Short Travel Times: By air, main European hubs and North Africa can be reached in two to three hours
• Excellent ICT Connections: Satellite technology and high capacity fibre-optic submarine cables link Malta with Europe
• Major Transhipment Centre: Malta Freeport is a main regional hub
• EU Member State: Passporting rights for services and companies
• Regional Ties: Malta has cultural and historic connections to countries in North Africa and the Middle East
• CET Time Zone: One hour ahead of GMT
• Schengen Zone: Malta is part of the Schengen area, which allows travel between member states without internal border control
• People & Language: English, a joint official language with Maltese, is universally spoken and written and is the language of education and business in Malta. Many Maltese are fluent in Italian, and also speak German and French with major world languages easily sourced due to the influx of foreigners settling in Malta.

The high education and training level of the Maltese labour force is a key competitive factor. The Maltese have a very high regard for education and some 60 per cent of students remain in education to tertiary level with many opting to follow post-graduate courses both at the University of Malta and at foreign universities. The University of Malta is the oldest in the Commonwealth outside Britain, and enjoys an excellent reputation worldwide.

Malta’s comparatively low ancillary labour costs, an excellent work ethic and a highly-motivated workforce make it a very cost-effective location. Salaries average out at one-third to half of those found in the EU of 12 countries. There is a large pool of professionals with Law, Business & Management, Communications and Medicine being the dominant courses read at university.

All current licences and international driving licences are recognized. Driving is on the left.