Monday 9 October 2017 marked the presentation of the first budget of this government’s legislature, one which focused primarily on social welfare. Interestingly, no new income, corporate or excise taxes were announced.

Scicluna noted that despite increases in employment and record low unemployment, inflation had remained low – 1% in 2016.

In addition, Malta’s position in the Global Competitive Index (2017-2018) as published by the World Economic Forum advanced by 3 places and now stands at the 37th place.

Contact us today to better understand the impact of the 2018 budget on your business and how to capatilise on Malta’s economic scenario. 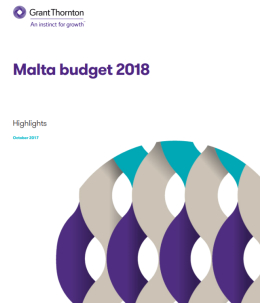